For another productive summer, the East Side Institute and Social Therapy Group welcomed a cosmopolitan class of summer interns, representing a variety of cultural backgrounds and coming from colleges in the Bronx, Massachusetts, Louisiana, the UK and Spain. 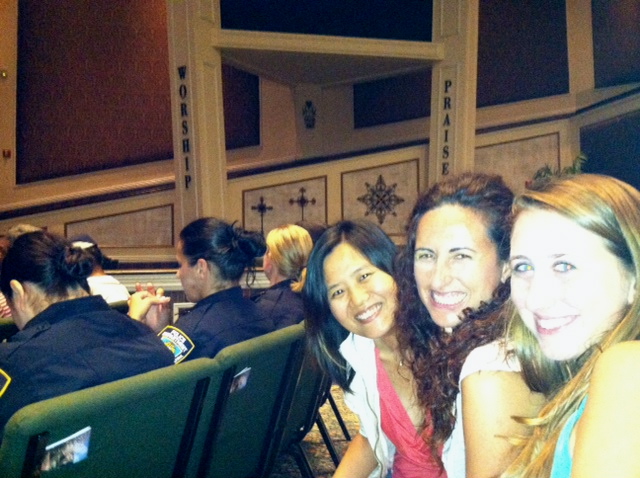 Over the course the six weeks, the hard-working grouping of becoming-psychologists and educators helped produce Institute classes and workshops, conducted research on play and creativity, transcribed clinical interviews, pitched-in on the Fred Newman archives project and otherwise immersed themselves in the social therapeutic, performance-based approach.

In the photo above, students observed a demonstration workshop for Operation Conversation: Cops and Kids. Led by Institute faculty and All Stars Project co-founder Dr. Lenora Fulani,  the workshop brought together over 500 NYPD rookie police officers and community members.